On Friday, March 15, 2013, Time’s Up! cyclists toured a series of eight anonymously painted street memorials commemorating pedestrians and cyclists who were killed by automobiles in the past year — each one a case that cried out for serious scrutiny (four of the pedestrians were run over on sidewalks) — yet where the NYPD declined to investigate the collision, declaring “no criminality suspected” within hours of the crash.


This was an emotionally trying ride, but one filled with solidarity and purpose. At each memorial, ride leaders retold the details of the fatal crash and the NYPD response. The memorials themselves, which had been recently spray-painted on streets and sidewalks, took the form of “chalk outlines” of the dead bodies. Beside each appeared the victim’s name and death date stenciled, as well as a three line mantra: “Killed by Auto / No Criminality Suspected / Why, Ray, Why?”

The question is directed at Police Commissioner Ray Kelly.

Read more at Time's Up » 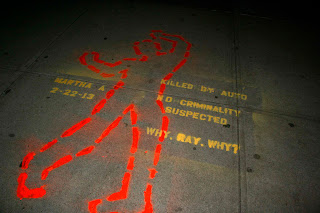 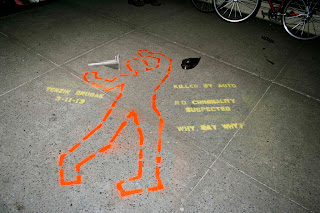 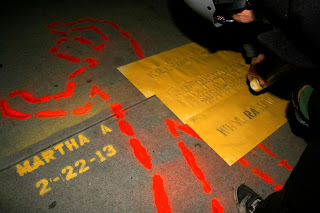 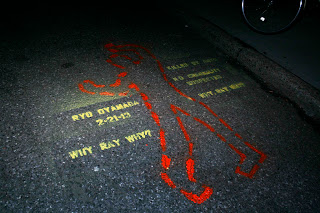 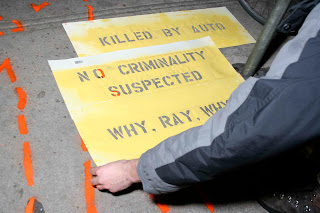 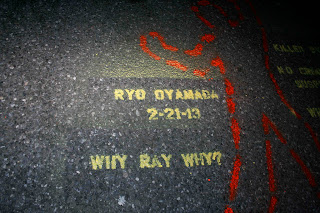 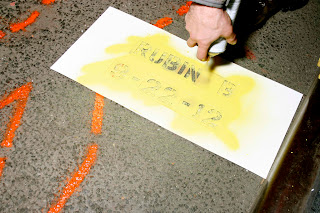 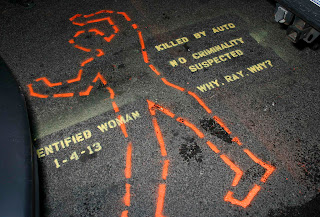 Email ThisBlogThis!Share to TwitterShare to FacebookShare to Pinterest
Labels: #MyLivingStreetWill, My Living Street Will, No Criminality Suspected, Safer Streets, Time's Up, Traffic Violence

Upload your own #MyLivingStreetWill video and demand that the NYPD conduct a full investigation if you are killed in an automobile collision. Read on »